….reflecting on time and place……

By Youghal Tourism Thursday AT 12:21PM

A film to celebrate 800 years of St. Mary’s Collegiate Church will be launched on Sunday April 17th. 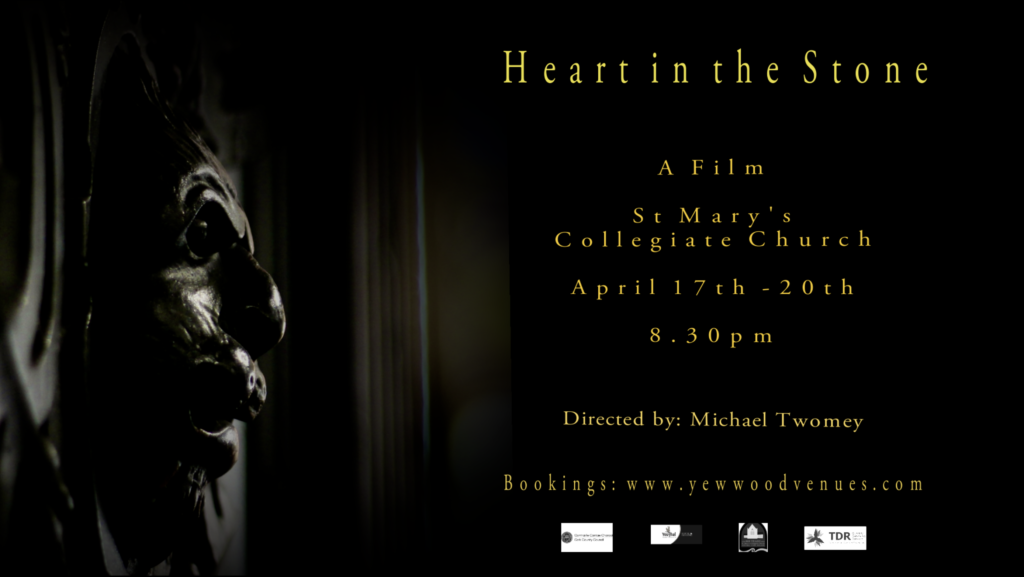 The 25 min film, ‘Heart in the Stone’ was commissioned by festival committee, YOUGHAL 2020, and made by Youghal filmmaker, Michael Twomey with music composed by Tony Sheehan.

Twomey says he was given total artistic freedom to make the film. “It was exciting to be asked and to be told to make whatever I felt would reflect the essence of the place. It’s really a film about time, the cycle of the seasons. When you stand in a church as old as St Mary’s it makes you reflect on time and your place in it. It’s a beautiful spot and I hope the film captures that.”

He adds that the project is best described as a visual poem that contains film, spoken word and music. “Tony Sheehan has produced the perfect score for the mood of what I am trying to convey. Both of us grew up, and still live, a stone’s throw from the church so I think it’s fitting that we collaborated on this work.”

This is a FREE event but with limited capacity. Bookings are available at Eventbrite