..the pipes, the pipes are calling… 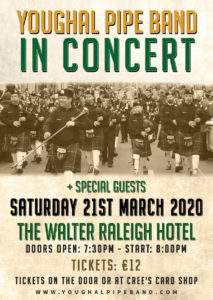 Youghal Pipe Band, plus Special Guests, will be in concert at the Walter Raleigh Hotel, Youghal on Saturday 21st March 2020 at 8pm.   Need we say more, Youghal Pipe Band is synonymous with Youghal as is Walter Raleigh Hotel.
A marvellous night is in store for all.
Tickets at €12.oo available from Crees Card Shop – North Main Street, Youghal
or at the Door on the night. 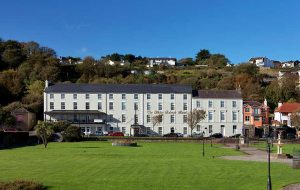