..and the choices we make around alcohol…..

“Billy’s Choice”  is a new play and Cyclone Rep production that is supported by the Cork and Kerry Alcohol Strategy Group and written and directed by Peadar Donohoe (the Shakespeare Sessions, letter for Iraq and The Bullying Prevention Session)

The main theme of  “Billy’s Choice”  is about the choices adults make around alcohol.  Not only the choice to drink and how much, but how, individually and collectively, we make choices that influence young people to drink. Through a dramatic and comic inquiry the lives of Billy and his classmates, Vikki and Rip, are explored.  These reflections include the parental, social and drinks industry factors that influence young people’s drinking.  In the end, “Billy’s Choice”  asks the audience to consider what we value in life and to reflect if drinking sustains that vision or not.

Plot: Billy Mc Cormack goes bushing with his friends Vicki and Ripp. They play a drinking game where Billy poisons himself with alcohol and collapses into a coma – finding himself between life and death.  In this limbo state Billy meets Dr. Treoir who shows him how his choice to drink has been influence by family, friends and media. 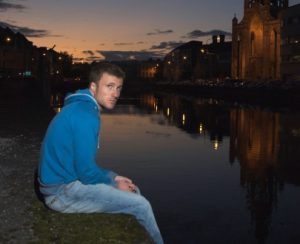