Youghal’s natural heritage is so diverse …..a haven for the nature lover.

Youghal has, for centuries, been a coastal resort where visitors enjoyed sea bathing and all the attractions of a family-based beach holiday. The 5kms of sandy beaches are some of our finest natural heritage amenities.  Youghal’s commanding setting in such a diverse marine/estuarine environment allows visitors to enjoy the beautiful coastal scenery and rugged shorelines which envelop Youghal Bay and the Blackwater River Estuary.

There are many natural habitats in Youghal and environs, recognised by exciting trails such as the Wildlife Wonders of Youghal (promoted by the Youghal Tidy Towns Committee) that bring awareness to the rich diversity of animal and plant habitats.  Other fine examples are:

Quarry – a marvellous small habitat for small mammals, birds, insects.
It also boasts a wonderful ‘urban orchard’ where a selection of fruit trees native to Ireland are planted. 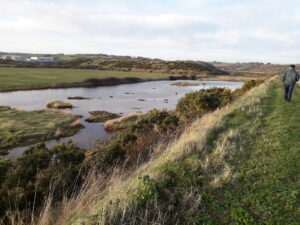 Slob Bank – This waterside walkway stretches 3 km out along the Blackwater Estuary on the Northern end of the Town. On the western side is it flanked by marshland which is fed by the twice daily tides and is home to a very diverse range of species.  On the Eastern side is the Blackwater Estuary which is a very popular spot for angling and boasts a variety of species such as plaice, flounder and sea bass. All types of sea birds and water fowl call this home such as, Turnstones, Little Grebe, Ruff, Green Sandpiper,  Kingfisher and Egrets – to mention but a few.  It is also the winter home for some migrating Greenland White-Fronted Geese.

Urban Environment – the flora and fauna to be found in the gardens, boundary walls, hedge rows, eaves, roof spaces of the town. 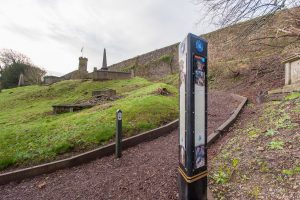 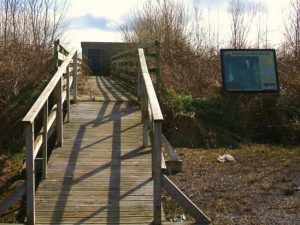 Ballyvergan Marsh – One of the largest natural reed beds in Europe and a haven for wildlife. Ballyvergan has long established plant and bird communities and is a very important breeding site for migratory birds from all over the world and the most extensive breeding site for reed warblers in Ireland.  It is also home to otter, fox, stoats, hedgehogs and mink. An existing birdhide is very popular for bird watching enthusiasts